“When you open up, others do also” 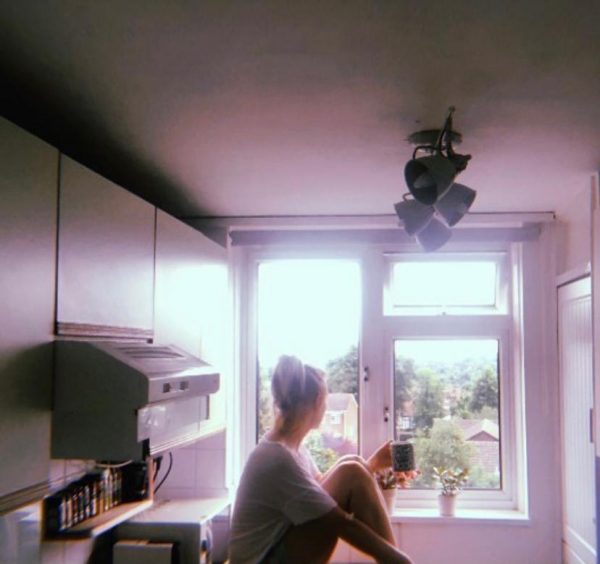 Today is the start of biggest week of my events career to date. I’m about to embark on 7 days of intense event management for a festival based in Shoreditch; something my team and I have been working on for 6 months. Now feels like an opportunity show what I’m capable of, and to prove myself to my peers.

I should be nervous, but also excited. I should be able to take this opportunity. The only problem is I’m panicking – and I don’t mean butterflies in my stomach or the nervous feeling you get before doing something new. I mean panic attacks, although I don’t know I’m having them at the time. It feels like that feeling you get when you’re falling in a dream. It’s that – except there’s no waking up. It’s every minute of every day.

Colleagues keep calling my name over the radio. I should respond, should give the best account of myself that I can. But I’m lying on the floor having the first panic attack. I genuinely feel like my life is at risk, such is the intensity of the symptoms. The sensible thing to do would be to tell someone, but I can’t, I won’t. I think that if I reveal the extent of the situation to my colleagues I’ll give them the perception that I cannot cope. I don’t want to be considered in that way; I work hard, I know I can work under pressure and this has never been a problem before. I also don’t know what this is. How can I explain something when I don’t even know why it’s happening?

As the day progresses I continue to pretend, with increasing failure, that I am fine. I am not fine; my hands are trembling and my heart feels as though it’s about to burst out of my chest. Skip forward three hours; I have had four panic attacks and I am currently being treated by the first aider, after it became impossible to conceal my condition any longer.

Even at this point I am still trying to keep it a secret. My mind is dominated how embarrassing this is. Eventually, the first aider requests that one of the festival runners take me back to the hotel. I get in an Uber and even at that stage it starts again. I have to get out; I leave the Uber not even halfway to the hotel and start running through Bethnal Green. I don’t even know how to get to the hotel by foot. I finally reach the hotel room and climb into the bed. I spend the next two hours crying, distressed by the symptoms and my embarrassing failure to meet expectations. It also happens to be my birthday; happy 25th birthday Kym.

Unfortunately, this was just the beginning of a long period of poor mental health, and far from my lowest moment during that period. I never went back to the festival after my birthday. I couldn’t. Everything I had worked so hard on over the last few months felt wasted. I never got to see it take place, and I felt a huge amount of guilt for leaving my colleagues to pick up my aspects of the festival. Surely they’re angry with me? Surely they view me as weak? These thoughts fed my anxiety and encouraged it to flourish.

After around two weeks, I forced myself back into work, convinced I would lose my job otherwise. I didn’t lose my job., and strangely no one said anything to me. In some ways this was a relief, but not knowing that everyone though played on my mind. I needed some sort of closure and assessment of what had happened. Over the next week or two I continued to struggle to be normal, crying before work, scared to get on the tube in case I had a panic attack. ‘Imagine all these normal people looking at me’ I would think, waiting for tube with concealed tears. Most of the time I’d let 3 or 4 tubes go before I could even get on one, for fear of another episode of panic and the symptoms it carried.

I was diagnosed with Pure O when I was 22, which is a less well known form of OCD. It consists of intrusive, unwanted and uncontrollable thoughts. Unlike the OCD most people think of, I have minimal compulsions, so you could be with me all day and not even know I was having an episode. This, alongside the anxiety that I cannot shift, continues to blight me until a second particularly bad day forces me back into exile.

I am sitting at my desk, still struggling with panic attacks and trying desperately not to have one, and not to let anyone see that I was struggling, when the intrusive thoughts start to overwhelm me:

“When I get the tube later I am going to jump in front of it and kill myself”.

I spend the next 5 hours repeating the same sentence over and over until I am convinced this is going to happen. I call my boyfriend in hysterics, begging him to travel into central London and collect me from work, like a child being collected from school. This is another humiliation that lowers my self-confidence even further.

A subsequent GP appointment results in me being formally signed off work for a longer period of time. During the time I was signed off work, many things happened that still to this day I find hard to think about. It’s very hard to associate myself with that person, who seems so unlike the real me and the person I so desperately wanted to be at the time. My mental health declined that much that I refused to be left alone, starting going to work with my boyfriend and sit in a coffee shop as close to where I knew he was as possible. I would not get on the tube and couldn’t enter any busy public place without having a panic attack. At one point I even called myself an ambulance when left on my own.

Eventually I was prescribed Citalopram by my GP, alongside I also paid for private therapy after being told of the 9 month waiting list to access NHS treatments. I finally started being able to function, and I mean function. I still was nowhere near myself, but I could manage basic tasks like being on my own for an hour or briefly going to the shop. My comfort zone expanded slightly. My boyfriend encouraged me to travel on my own, to keep pushing the boundaries every day. I had to learn how to be independent again from scratch.

I eventually got myself to a place where I could go back to work and I continued to work there for another two years. I worked the same festival the following year, in a much better place and with my confidence somewhat restored. I got a second chance to give that good account of myself, and I took it. The reason I am sharing with you, the FreeBirds, is to convey the lessons I learnt.

Firstly, I want to let you know that you are not alone if you are going through a similar struggle. It’s happening to people you might not realise it’s happening to. It’s more common than you think, and when you open up others open up also.

Secondly, although it’s hard try to be open with your employer about your mental health, it’s important and they might even surprise you with how understanding they are. My work wasn’t the main factor in my breakdown, but trying to hide it at work only made my symptoms worse. Once work knew about my situation it gave me the opportunity to be open and ask for ten minutes on my own if I need it. My employer also appreciated the honesty and were, once we finally had those open conversations, willing to be supportive.

Finally, your mental health does not define you and your abilities. You can achieve what you want to achieve and you will do. Even if it takes you slightly longer than it might have done otherwise, you will get there.

I still have bad days and I always will. Sometimes that’s hard to accept; but I know how to cope with it now and so will you. Be kind to yourself, especially at the moment.