In the last five years alone, our core team members have created and produced work for some of the UK’s largest audiences across TV, Film, Theatre and Live Events. From the National Theatre, to the West End, to the international touring circuit across the UAE, Asia, and Europe; our combined experience spans Creative and Executive Producing, Marketing, Production Management, General Management, and Stage Management. And while, for the majority of our team, the bulk of our experience lies in commercial productions, at our core we’re about the socially, economically, and culturally transformative power of engagement with the arts. We see live performance as a fundamental mode of cultural change and self-determination. 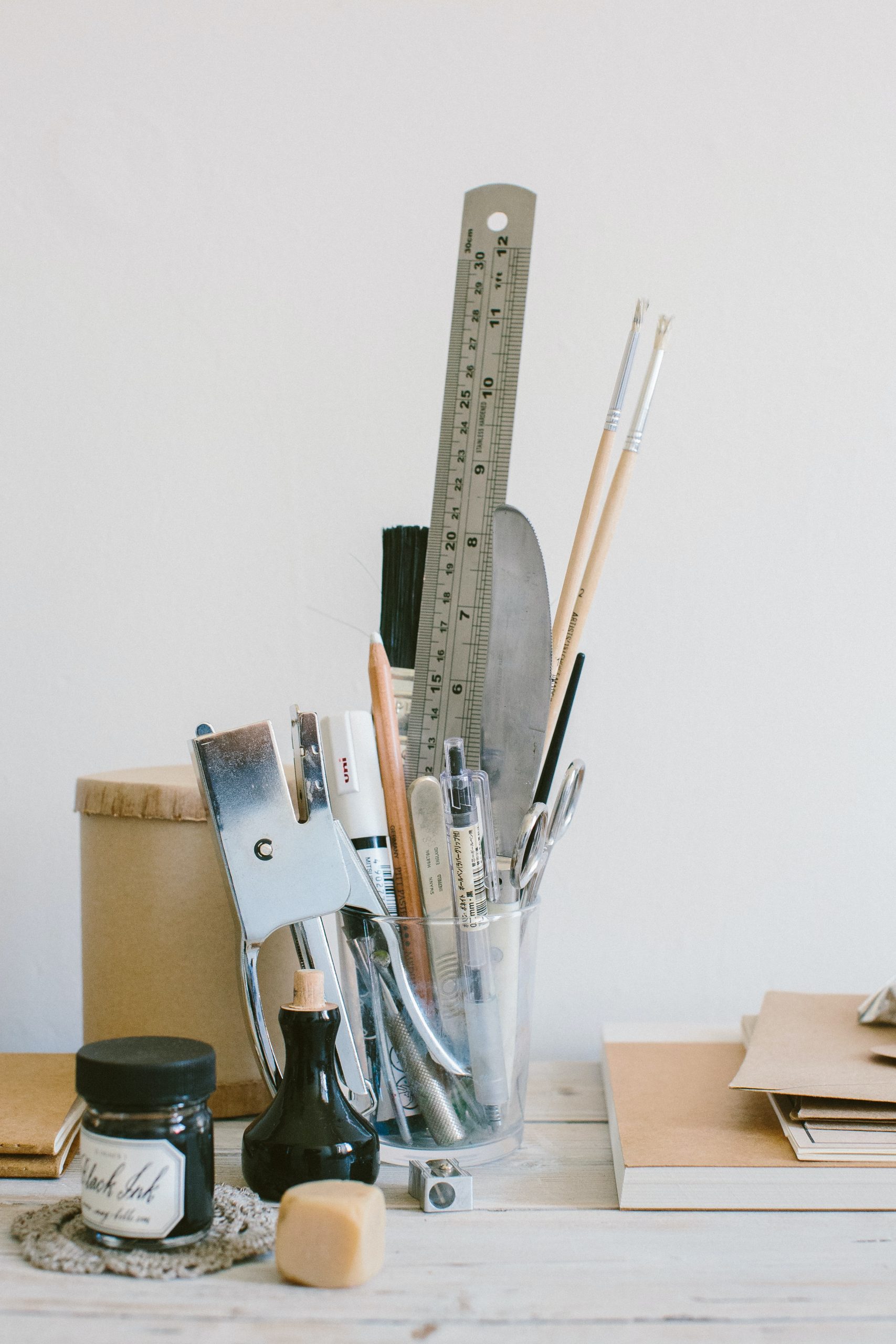 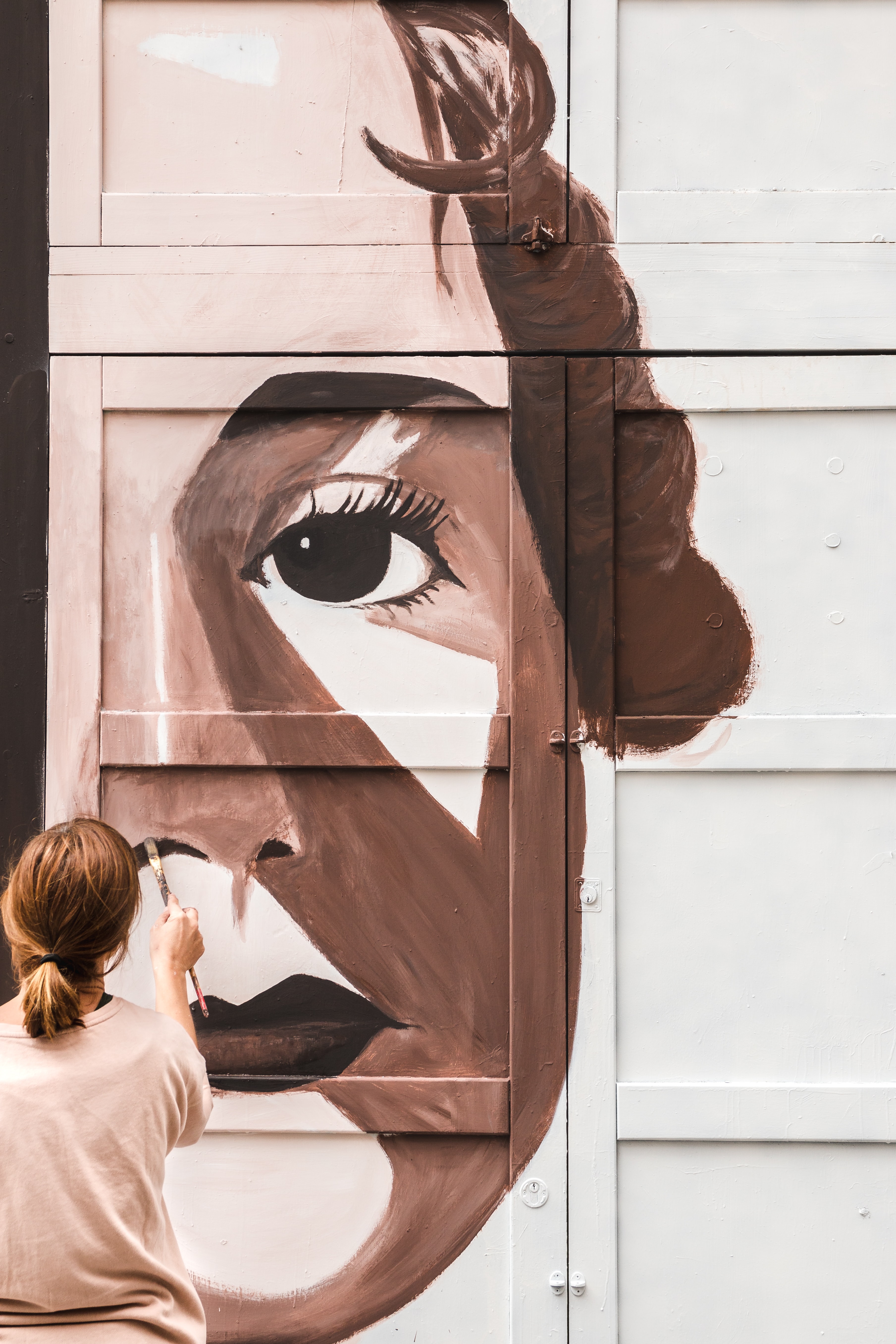 The crucible that united our core team members was first-hand experience of misogyny and gender discrimination in the workplace. However we understand how social and political categories of identity like race, class, (dis)ability, gender, sexual identity and orientation, all combine to create multi-layered forms of discrimination and perpetuate systemic oppression and violence against minorities. In the performing arts alone, the representation of Black, Asian and minority ethnic groups in the upper echelons of large UK arts organisations remains sorely lacking, with only a handful of Artistic Directors across the country representing these groups. And across England’s National Portfolio Organisations, Black, Asian and minority ethnic workers make up only 11% of the total workforce— while disabled workers make up only 6%. (Source)

Our support for minority groups and the global anti-racist movement, and our mandate to fight against discrimination in all its forms, is inseparable from our commitment to gender equality. We’re here to empower the disempowered and amplify diverse voices across a broad spectrum of identities— because it benefits us all.

We Are A Network

At the moment, while our core team members remain dotted across London/Southampton/Manchester, and while several of our members’ primary means of employment are in free-fall, we want to focus our efforts on drawing attention to individuals and companies who exemplify our beliefs— creating a platform for like-minded artists, creative practitioners, entrepreneurs, small business owners, and cultural innovators to discover each others’ work, and become inspired. 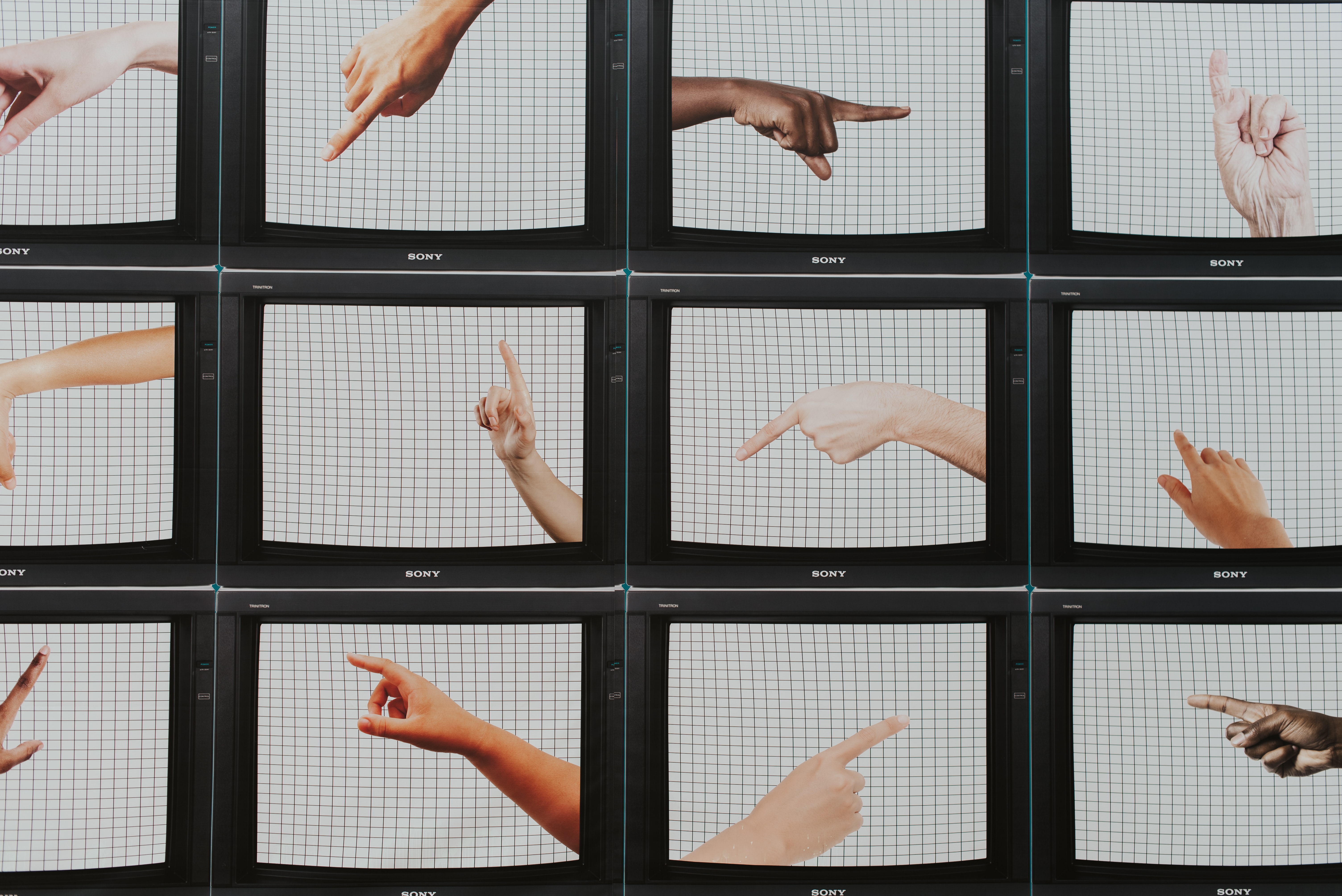 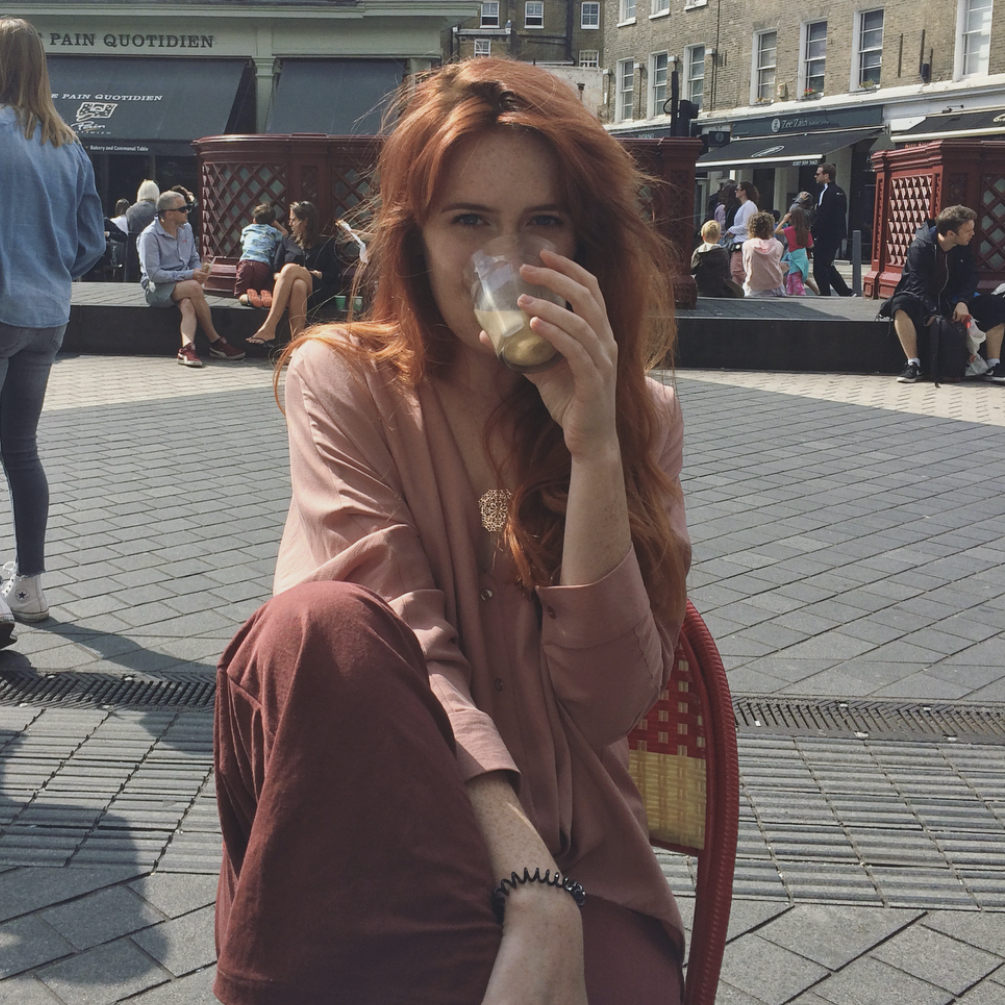 Irish born and UK living, Emma studied Business and Arts Management and then Stage and Event Management. With previous work across festivals, events, business, projects and arts management she has most recently managed international touring theatre productions and is now working on top secret projects yet to be disclosed. Basically she might be a secret agent. You’ll usually find her watching cute animal videos, eating hummus (or chocolate depending on her day), but definitely drinking red wine. 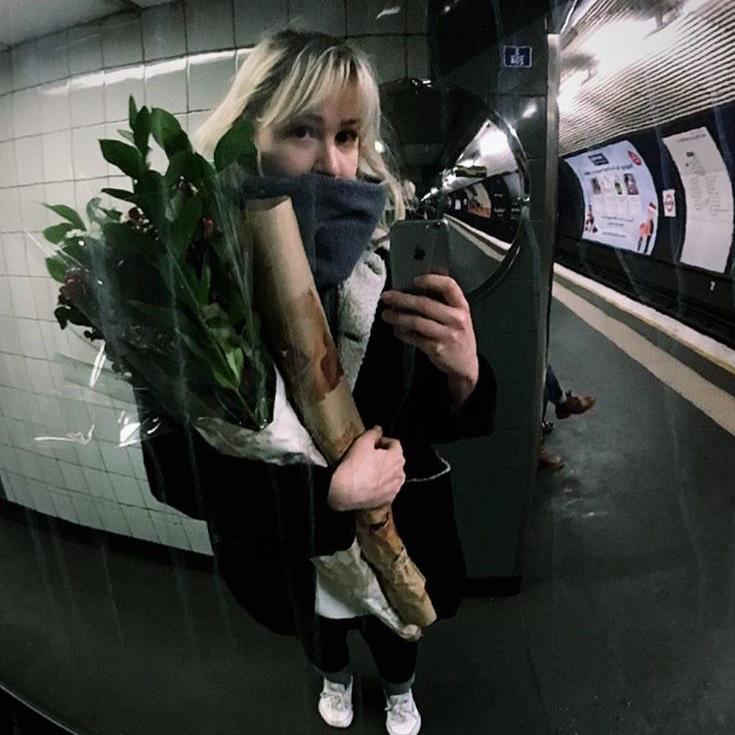 Kirsten studied English Literature and History at Durham University, and Stage and Event Management at Royal Welsh College of Music and Drama. She now works in Stage Management in London and around the UK. She is probably procrastinating by writing this. She likes Gang of Youths, Virginia Woolf, and going for coffee in London Fields. 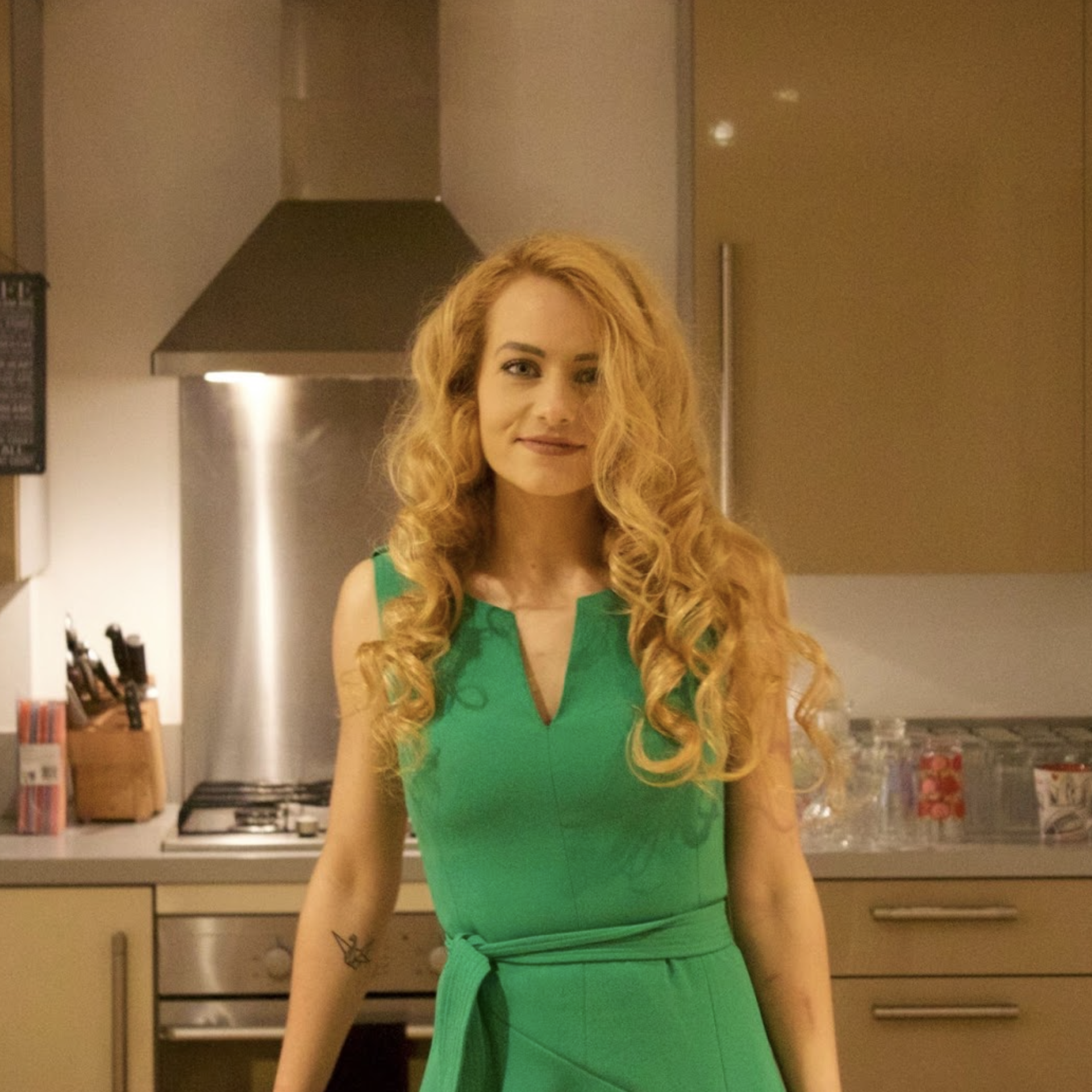 Casimira studied English literature at the University of Birmingham, and then if that wasn’t enough she went to RADA to study Technical and Production Management. She is now an Events and Production Manager who has approximately four unfinished novels. Casimira collects vegan cookbooks, houseplants and overpriced kitchenware. She’s one of those annoying people who gets up at 6am to do yoga as the sun rises, but don’t worry she also eats pizza four times a week and drinks gin every day. Because life is about balance. 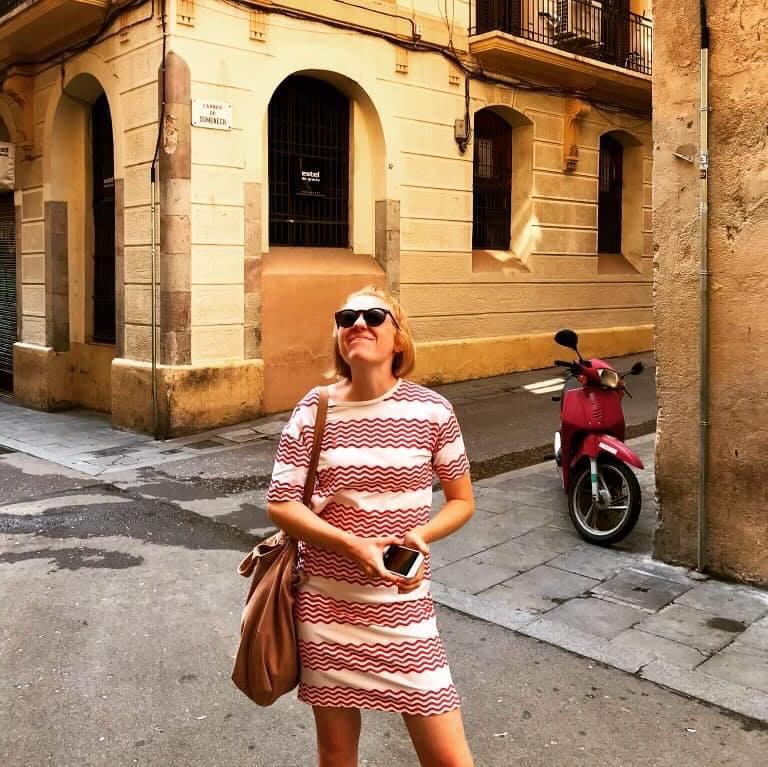 Kym studied Arts and Festival Management at De Montfort University. She has since helped to plan Liverpool Sound City, The International Festival of Business, Food and Drink Festivals in the North West, D&AD Festival and most recently events for Manchester Metropolitan University. When not working on FreeBird and eating chocolate, Kym currently spends most of her time trying to get Instagramable shots of her kitten Finchley; so far with limited success. 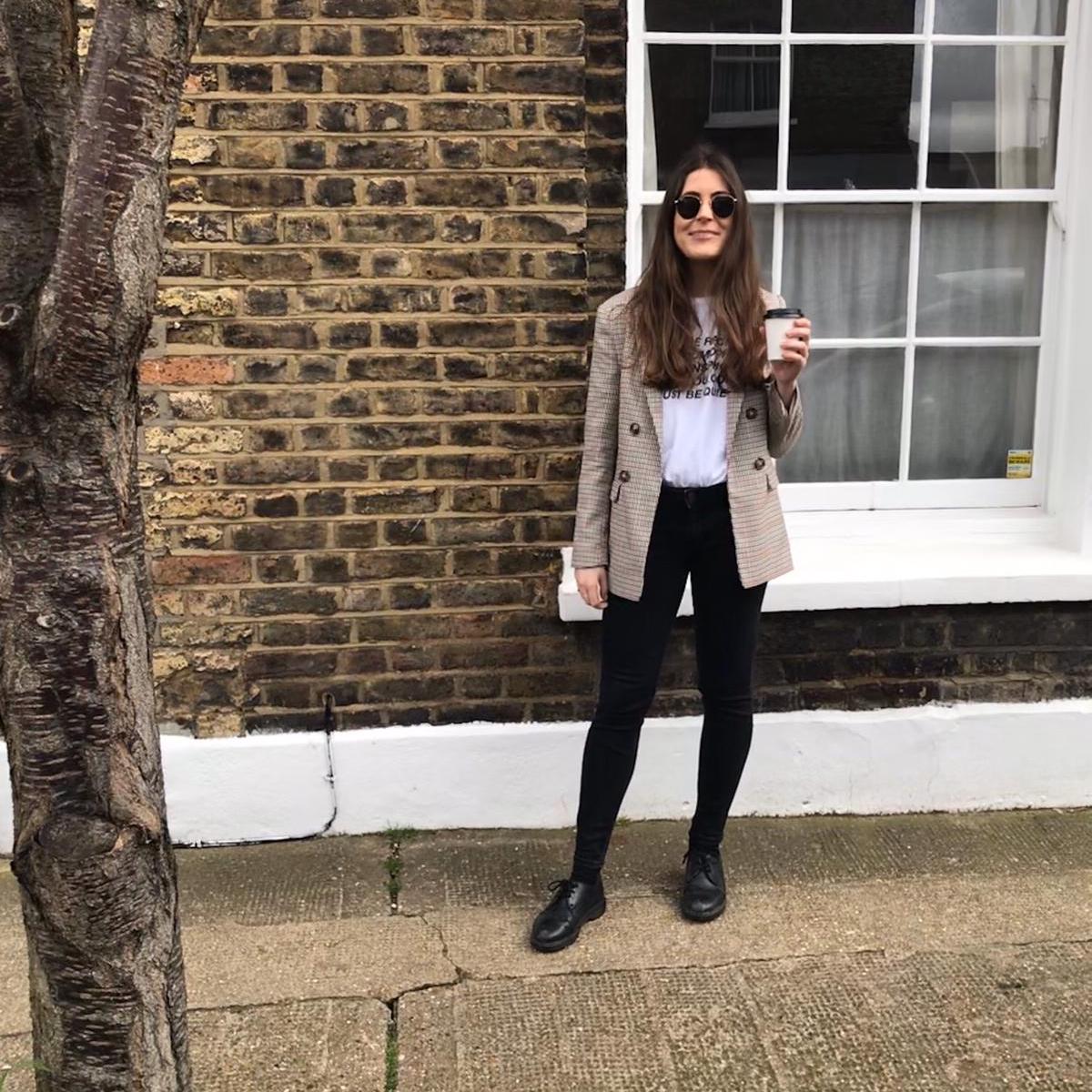 Milly trained at The Urdang Academy. Currently she lives in London and works for Bill Kenwright Limited. Previously she was an Agent Assistant at Global Artists and during this time lived in New York twice to support the opening Broadway productions of School of Rock and Miss Saigon. In her spare time you’ll find her making lists in multiple notebooks, seeking out pastel coloured front doors in London & pretending she lives her life in a Richard Curtis film. 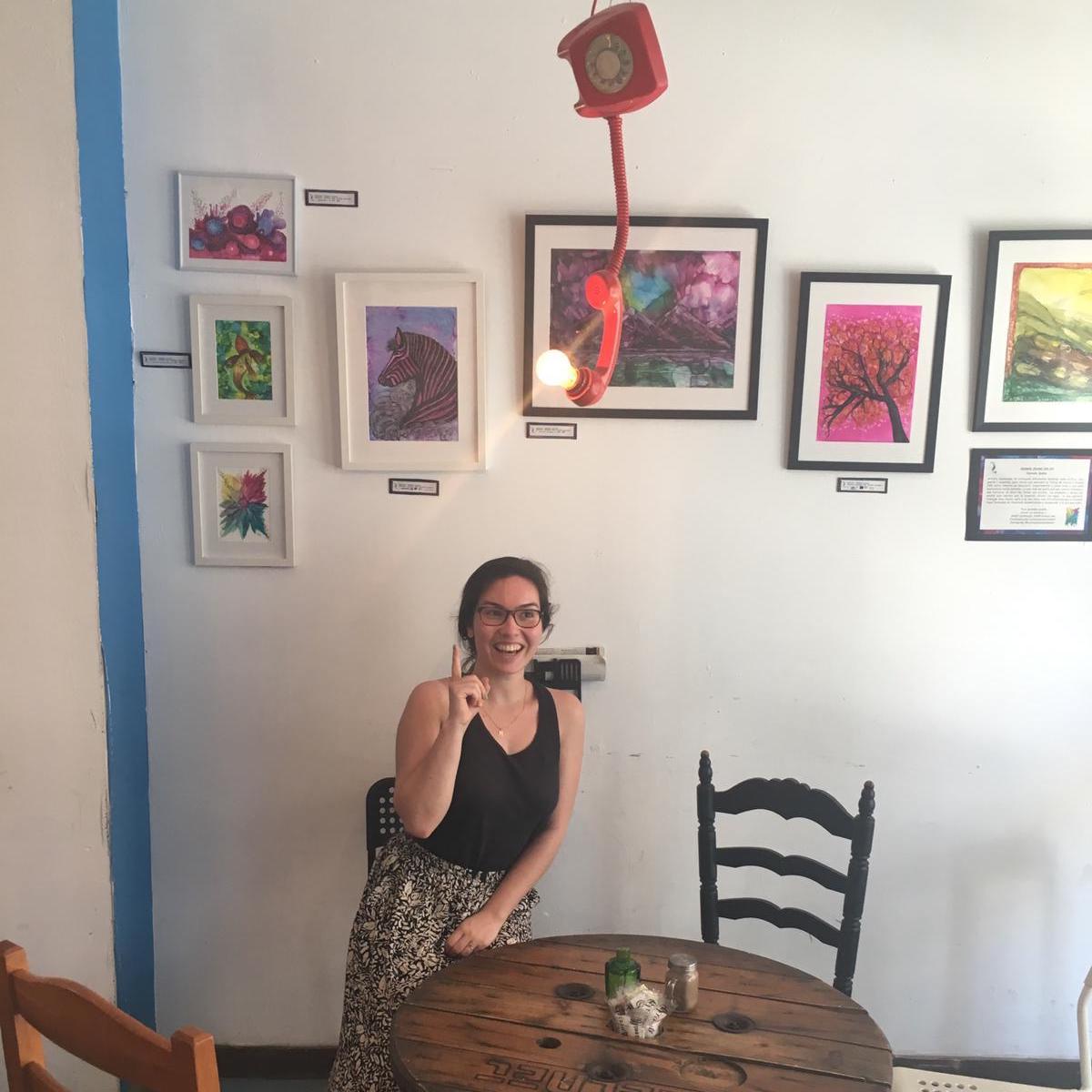 Muriel studied French and English literature before capitalism-induced anxiety led her to business school. As a lover of puns and data analysis she became a marketer, first in publishing then theatre. Currently you can find her writing, baking, and wondering what she wants to be when she grows up. 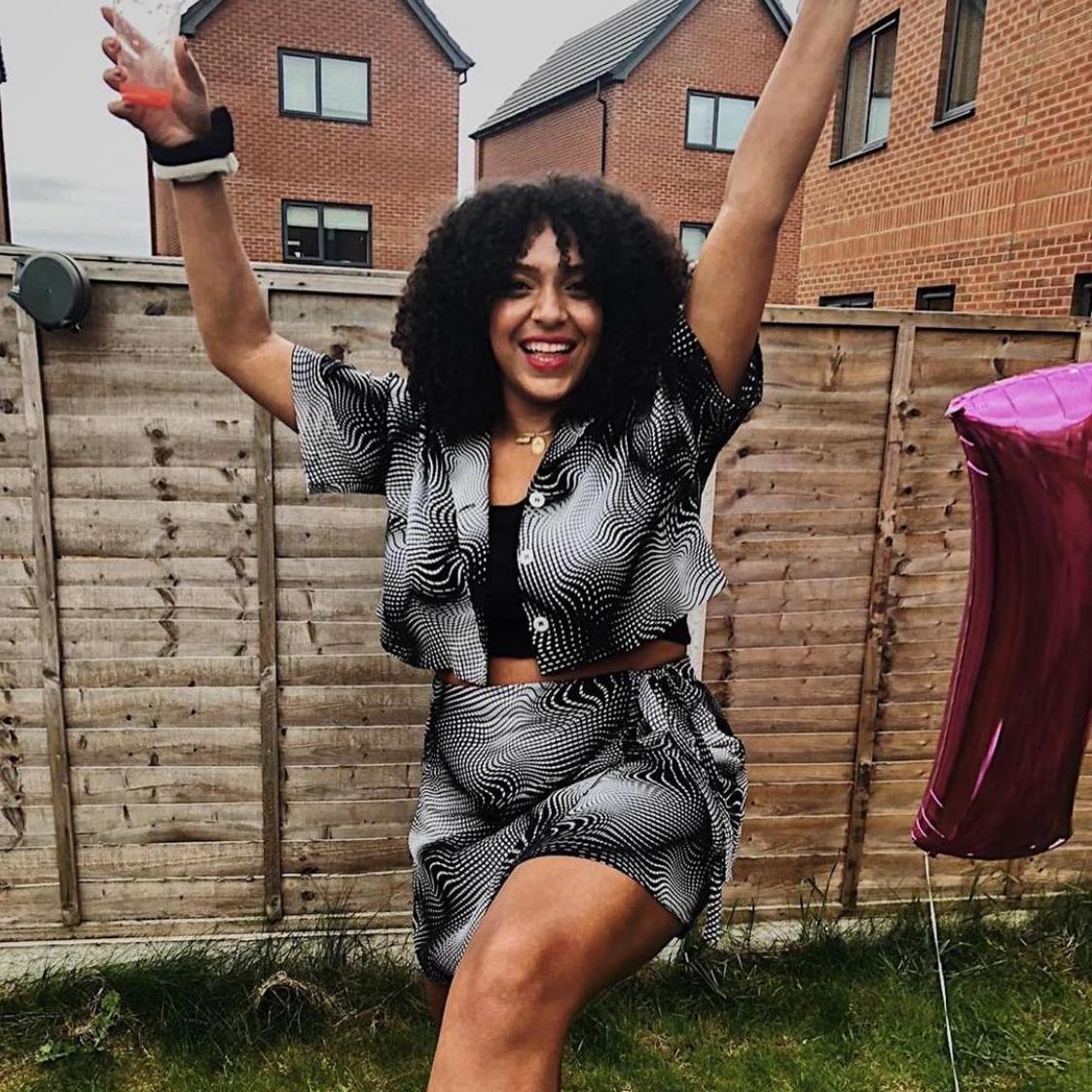 Birmingham lover and native, Yasmin, took off to London for Drama School, fell for Rose Bruford and landed just outside, in Sidcup. Studying American Theatre Arts, she spent a semester training in Syracuse, New York. The three years confirmed her suspicions; that her creativity wasn’t limited and decided it was okay to be greedy and direct, interview, paint, dance and most dear to her heart – write and act. Freebird allows her to do so without limits. A family girl to the core, you can find her gushing over her niece and nephews, weird crazy dancing with friends or banging on about social injustice, her tv series of the moment, or the complexities of identity with a glass of white in hand. 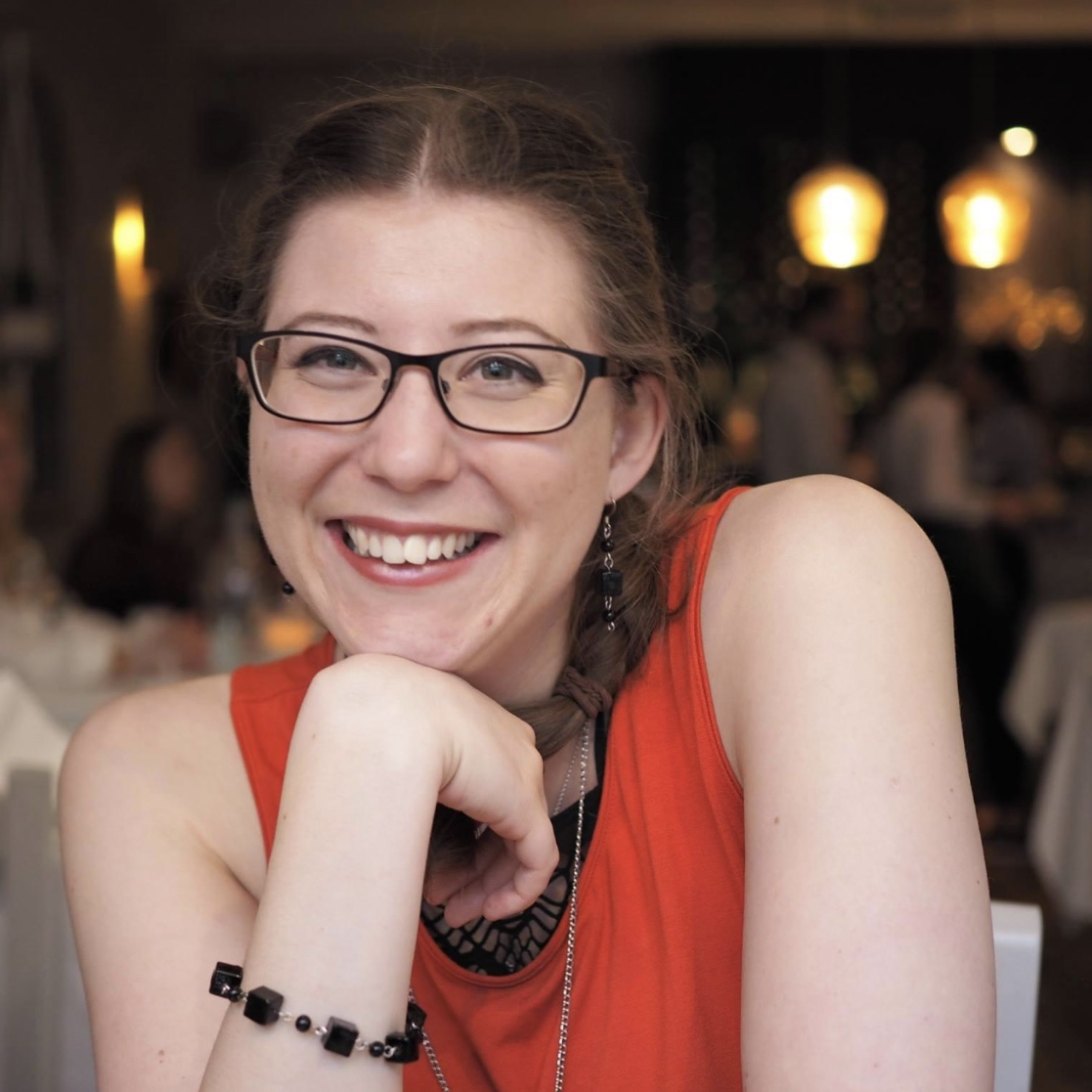 To pay her way through university, Emma found a part-time bartending job at the nearby regional theatre and promptly fell in love with the industry. Nine years later and Emma is now the Front of House Manager of that theatre as well as a fiction writer on the side. When Emma should be writing, you can usually find her enjoying all the things women aren’t ‘supposed’ to like, including science fiction, bad 80s action movies, and quoting Aliens word for word.