“I’ve made something that people care about.”

“Basically it’s like a pub crawl in bookshops,” Bex Hughes explains of the London Bookshop Crawl, an annual non-profit event in February which promotes and supports independent bookshops. If you’re anything like me (and I’m guessing you are), you’re already sold. A weekend of events, discounts and meet-ups, the London Bookshop Crawl is entering its sixth year of bringing book lovers together and giving some much needed support to bookshops. The event started in 2016 when Bex asked Twitter if anyone wanted to go book shopping with her. The following year, a hundred people turned up at Foyles’ cafe wanting to join in. Since then, hundreds of hungry book lovers descend on London every February to visit some of the 110 independent bookshops involved.

In our interview with her, she discusses the community she has built alongside her struggles with social anxiety. “Organising the kind of events I organise,” she says, “I found that there’s quite a big cross over between people who love really books and people who are introverted, but also people who suffer with anxiety and depression.” Bex not only battles her own anxiety to create the remarkable weekend every year, but she has also used her personal experience to create a supportive environment for others. “It’s okay to have limits,” she tells us, “your brain is not broken because it doesn’t work the same way that other peoples do.” 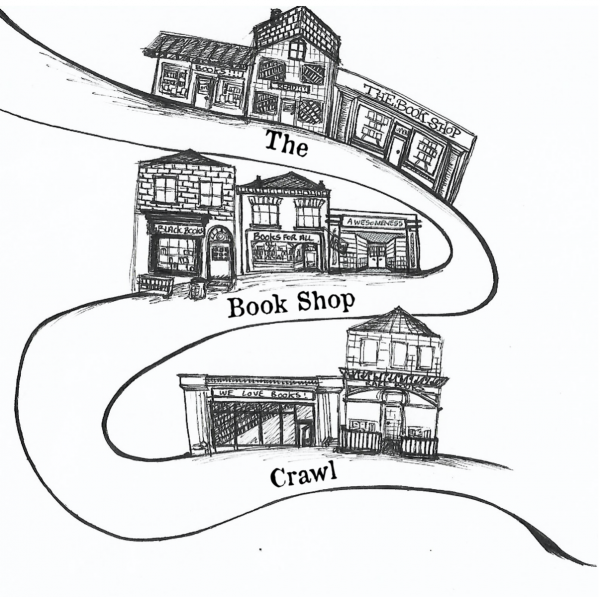 The growth of the London Bookshop Crawl shows that there is a real desire to help support independent businesses, something which is close to our collective hearts here at FreeBird. Bex doesn’t only support independent booksellers but independent publishers also. The founder of Ninja Book Box, her website hosts an online pre-loved bookshop, a quarterly subscription box of independently published books of all genres, and resources such as the Indie Challenge and a monthly Indie Releases List to encourage people to read more independently published books.

Building a supportive community not only for the participants, but with the booksellers themselves, (who are fighting for survival in a world of increased online shopping and an enormous US corporation who shall not be named), Bex was the perfect person for FreeBird to talk to as we reflect on Community this month.

Looking to learn more about London Bookshop Crawl- make sure you check them out on: