“When She Is By Herself” 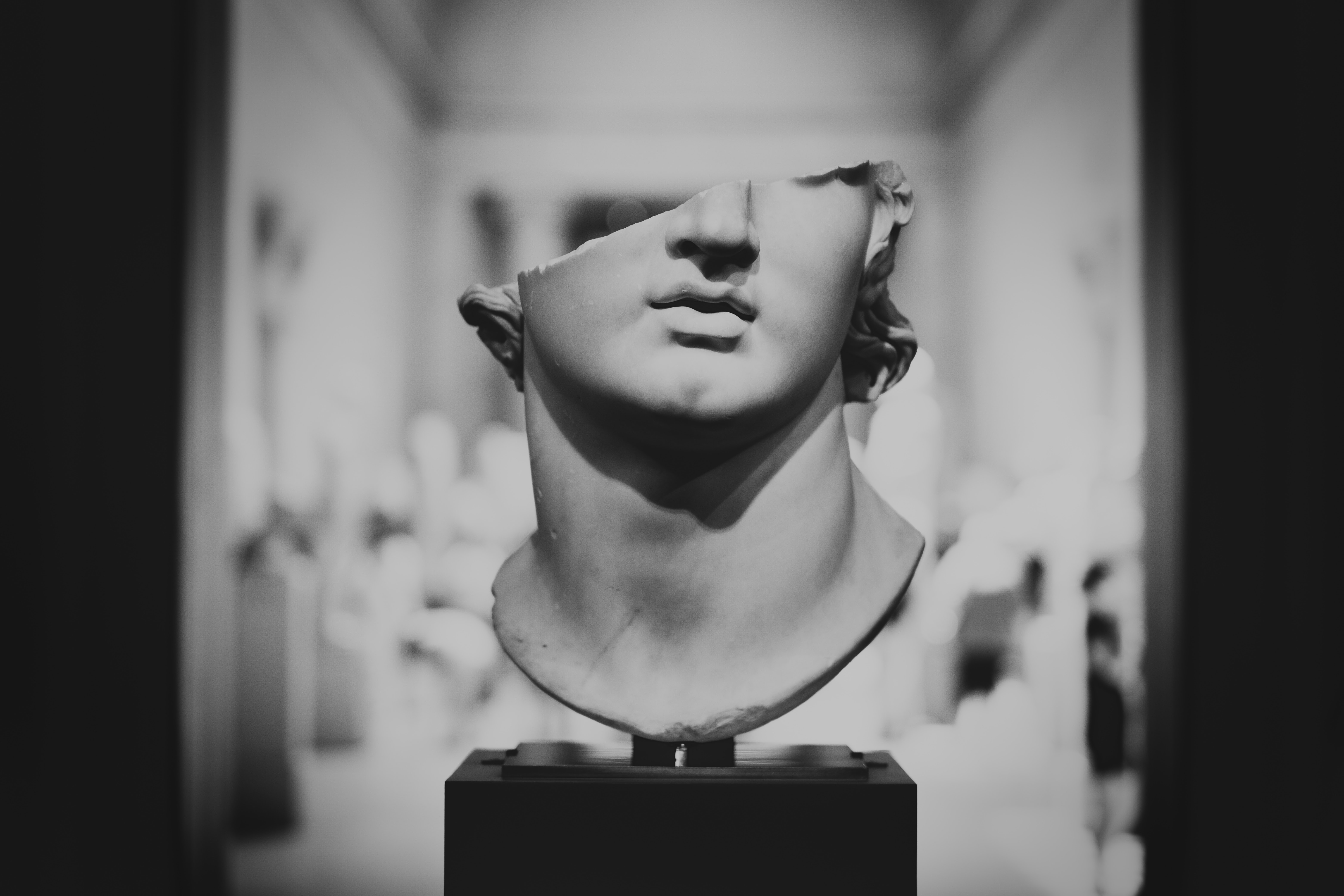 Twitter is a place where we can all express ourselves, free of charge, about anything we want. Yes, there are ‘guidelines’, though a lot falls under the radar. And yes, it is a place I regularly use and enjoy the discourse and jokes that occur. However, as a by-product of free expression we have a place that possesses countless triggering topics on almost every scroll. Whether its hopping on your lunch break to see another lifeless black body painted on the timeline head to toe or waking up in the morning, checking your phone to see yet another accusation of sexual assault and abuse, it’s everywhere. To some, there may be a momentary thought, a ‘that is so awful’. To others, it cohabits their mind and exists with no movement. Remember behind every tweet is a real-life person and not everything can be closed down with a swipe up and off the screen.

Georgia Harrison, a reality star known for not taking herself too seriously, has recently been trending on Twitter alongside reality show counterpart and ex-boyfriend Stephen Bear. Georgia has accused him of filming their sexual experiences together via his CCTV in his home and garden, without her knowledge or consent, sharing it with friends and distributing it via his OnlyFans account. On her Instagram story that boasts over 1 million followers, having created her platform featuring on shows such like Love Island and The Challenge, she told the world that she possesses evidence in screenshots and videos and is ready to take him to court. Meanwhile ‘Bear’ was in Dubai, denying all allegations, claiming it to be another girl and accusing Georgia of using his name for ‘clout’. That is a brief overview of a life altering story, I’ll let you read the full story or head to Georgia’s account for more information. This isn’t a piece, I haven’t put this together to feed your mind’s eye with poetic flashbacks, this is just something I need to get off my chest.

With this story trending, twitter is very triggering for me and many other people. My inability to swipe up and off is only a reflection of my inability to switch off the mirrored thoughts that exist in my mind that have a life with or without twitter. For every tweet I see in support of Georgia, I see another screaming attention. I also see many tweets from both men and women in disbelief. “How could anyone do something like this? (Sick emojis in abundance)”. Scroll down, more tweets of, “girls, favourite this tweet if you’ve ever been assaulted, I’m trying to prove something”. Underneath; thousands of likes, staring back at you. This, my own experiences plus knowledge of my friend’s stories leaves me with one thought; how can we all know someone who has been assaulted, yet can’t name one person who has assaulted someone? Apart from the perpetrator of our own experiences.

The people carrying out these acts are real people, who live amongst you and me. Someone you may consider a friend, may be the source for another woman’s trauma. He may be the reason why she no longer wants to go to that specific club on a Saturday night or why she struggles to leave the house by herself anymore. To you he is your friend. Your colleague, your brother or the personable cashier at your local supermarket. ‘Nah, they wouldn’t do that’ you think to yourself, but reality is, anyone has the ability to. They’re not monsters under your bed, and though men in alleyways wearing balaclavas exist, as of 2018 in a survey carried out by the BBC out of 1,000 sexual assault and attack victims 90% knew their attacker.

Our world is driven by technology and with that, image has become even more valuable. People want to capture everything, whether to share or save for later, they want it at their fingertips and they want it now. The number of intimate moments that are being recorded is rocketing, with or without consent. Revenge porn is a term we all know. And the age of children with smartphones is dropping lower and lower.  I am done with the limited sex education taught, I am drained hearing that ‘no means no’ and moving swiftly on to give a basic overview of the menstrual cycle, leaving children finding themselves in situations they aren’t equipped for. In the age of technology, evidently this scratch the surface lesson of consent isn’t working (was it ever?) and there needs to be lessons taught in depth, by people who are confident and experienced in approaching conversations about sex in a way that is relatable, conveys reality and strips us of that ridiculous voice and demeanour teachers pick up ready to ‘tackle’ what they deem ’taboo’. Because we are all going to go through it, sex I mean, one way or another.  I am sat writing this praying that the young women I know don’t have to look at themselves the way I do, feeling what I feel, after choices were made for me that I had no say in.

One part of me would like to keep lid shut tight on this, another part of me is struggling to resist the urge to take the lid off, questioning whether without explicit ownership of our stories, it gives people permission to talk as though sex crime is an identity-less political issue shared on Instagram infographics and removed from their reality. In reframing our thoughts, we have to honour individual stories, as and when the individual wants to share them, taking into account the sheer amount of emotional labour that takes. Not just group the individual with thousands of others whose experiences vastly differ from each other. Just like I said the perpetrators live amongst us, we live amongst you too. We are your sisters, mothers, aunties, friends. I can’t speak for Georgia’s experience, or anyone other than my own but I do want you to hear first-hand what a few seconds of fun, power or whatever it is that is dictating the mind of a person who commits a sex crime can result in…

That’s what happened to me when I saw Georgia Harrisons story.

I sat and I read what is going on in her life and felt terror about mine. So, when I suggest that this isn’t just about Georgia Harrison, I feel for her that it isn’t, but also feel a sense of pride that she is recognising that this is bigger than just her individual story and fighting for justice and change. Georgia’s platform means that she isn’t going through this privately with her best friend, family and lawyer by her side. We are all here, watching. Every post, every step of one of the most vulnerable places to find yourself, and whether she is choosing to publicly post about it or not, the lack of privacy will still have a large impact on her mental health.

The way that this case is dealt with sets a standard that young people will see and subconsciously recognise, specifically about consent in the age of technology. We haven’t even touched on the (lack of) safety of sharing websites like OnlyFans, Stephen Bears video existing on the platform for way longer than it should have when the company were aware of Georgia’s accusations.  Even if we didn’t have the lessons or the safety ourselves, we have to want for a better education and security for the people after us, surely? That is why after a triggering moment on twitter, I typed this out chaotically. Since then, Stephen Bear has landed at Heathrow from Dubai and was arrested, he has also now been released and we are awaiting the details. I have also edited this, removed the things I am not ready to share and that is okay. I also have had plenty good days. I just want people to understand the aftermath, they don’t see.

In the recent channel 4 programme ‘Adult Material’, Hayley Squires character ‘Jolene Dollar’ says of sexual assault “The thing you have to be ready for is even though you think about it every single day, he might not even remember”, a bizarre thought that resonated entirely with me. My story isn’t even half as traumatic as others I have heard, but I recognise everything we feel is relative to everything we, personally, have been through and no longer want to silence myself because someone has been through worse. There are days I am myself, existing without it polluting my mind, I can see trending stories and carry on with my day and there are days I feel like I am being swallowed. I just wonder how Georgia is really feeling, when she is by herself, cameras away, on her own, because when I’m alone is when it hits the most.

Sending strength, love and light to Georgia Harrison, and every other person battling trauma from a sex crime.